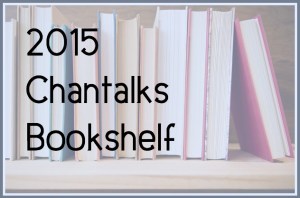 Welcome to my 2015 Reading List! I’ve decided to list the books I read here for you to check out and to also encourage myself to keep reading throughout the year. How terrible would it look if I’d only read 3 books this year? Not that you’re terrible if you only read 3 books a year. I personally pledged to read 25 books this year through Goodreads, and want to reach that goal. I’ll be frequently updating this page, so keep checking back. I’ll even do check-ins from time to time! Enjoy and feel free to comment below with your book suggestions!

The Happiness Project by Gretchen Rubin – Nonfiction, Essays (finished in May)

The Beginning of Everything by Robyn  – Fiction, YA

It’s Kind Of A Funny Story by Ned Vizzini – Fiction, YA

The Dinner by Herman Koch – Fiction

A Catcher In The Rye – J.D. Salinger – Classic Fiction

One Plus One by Jojo Moyes – Contemporary Fiction

The Book of Unknown Americans by Cristina Henríquez – Contemporary Fiction

The Space Between by Victoria H. Smith – Romance Fiction

Harry Potter and the Chamber of Secrets by J. K. Rowling – YA Fiction

I’ll Give You The Sun by Jandy Nelson

Harry Potter and the Prisoner of Azkaban by J. K. Rowling

The Book Thief by Mark Zusak

The Heiressess by Sara Shepard

Saint Anything by Sarah Dessen

She Matters: A Life in Friendships by Susanna Sonnenberg

We Were Liars by e. lockhart

Harry Potter and the Goblet of Fire by J.K. Rowling (finished in July)

Me Before You by JoJo Moyes

The Monsters of Templeton by Lauren Groff, Fiction

Inside the O’Briens by Lisa Genova, Fiction

Ain’t I A Woman: Black Women and Feminism by bell hooks

To All The Boys I’ve Loved Before by Jenny Han

Salvage the Bones by Jesmyn Ward

Harry Potter and the Order of the Phoenix by JK Rowling

The Misadventures of Awkward Black Girl by Issa Rae

Why Not Me? by Mindy Kaling

Between the World and Me by Ta-Nahesi Coates

Everything I Never Told You by Celeste Ng

The Shining Girls by Lauren Beukes

Everything, Everything by Nicola Yoon

The Girl on the Train by Paula Hawkins

Redefining Realness: My Path to Womanhood, Identity, Love & So Much More by Janet Mock

A Little Life by Hanya Yanagihara

You Deserve a Drink by Mamrie Hart